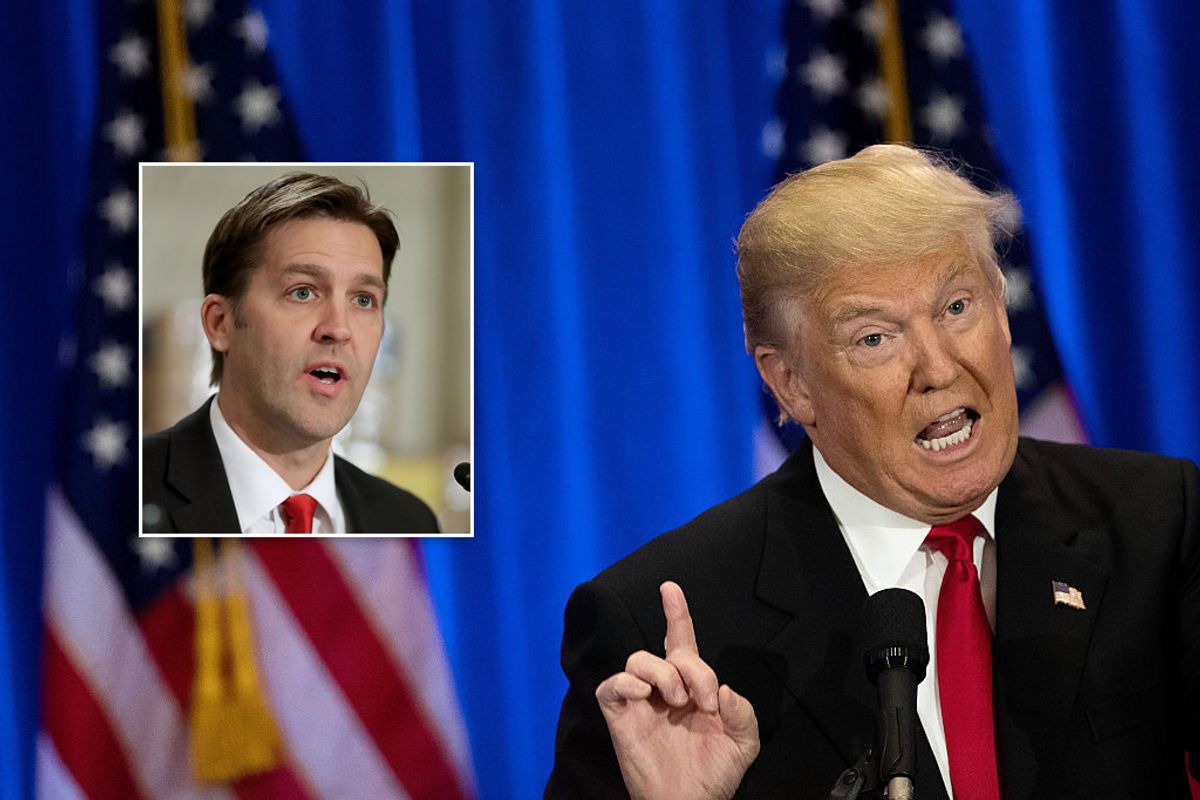 What did Trump say?

Trump called Sasse a “liability to the Republican Party” and an “embarrassment” to Nebraskans.

“The least effective of our 53 Republican Senators, and a person who truly doesn’t have what it takes to be great, is Little Ben Sasse of Nebraska, a State which I have gladly done so much to help. @SenSasse was as nice as a RINO can be until he recently won the Republican Nomination to run for a second term,” Trump began.

He added, “Then he went back to his rather stupid and obnoxious ways. Must feel he can’t lose to a Dem. Little Ben is a liability to the Republican Party, and an embarrassment to the Great State of Nebraska. Other than that, he’s just a wonderful guy!”

…Nomination to run for a second term. Then he went back to his rather stupid and obnoxious ways. Must feel he can… https://t.co/SAdcu1CoUJ

Senator Little Ben Sasse of the Great State of Nebraska seems to be heading down the same inglorious path as former Senators Liddle’ Bob Corker, whose approval rating in Tennessee went from 55% to 4%, & Jeff “the Flake” Flake, whose approval rating in Arizona went from 56% to practically nothing. Both Senators became totally unelectable, couldn’t come even close to winning their primaries, and decided to drop out of politics and gracefully “RETIRE”. @SenSasse could be next, or perhaps the Republicans should find a new and more viable candidate

However, despite Trump’s claims, Sasse is not in danger of losing re-election.

What is the background?

During a call with constituents this week, Sasse bashed Trump when asked to explain why he often criticizes the president, saying Trump “kisses dictators’ butts,” secretly “mocks evangelicals,” and mistreats women.

“The way he kisses dictators’ butts. I mean, the way he ignores that the Uighurs are in literal concentration camps in Xinjiang right now. He hasn’t lifted a finger on behalf of the Hong-Kongers,” Sasse said.

“The United States now regularly sells out our allies under his leadership, the way he treats women, spends like a drunken sailor,” he continued. “The ways I criticize President Obama for that kind of spending; I’ve criticized President Trump for as well. He mocks evangelicals behind closed doors. His family has treated the presidency like a business opportunity. He’s flirted with white supremacists.”

“The reality is that he careened from curb to curb. First, he ignored COVID. And then he went into full economic shutdown mode. He was the one who said 10 to 14 days of shutdown would fix this. And that was always wrong. I mean, and so I don’t think the way he’s lead through COVID has been reasonable or responsible, or right,” Sasse said.

How did Sasse respond?

James Wegmann, communications director for Sasse, said in a statement on Saturday, “Ben said the same thing to Nebraskans that he has repeatedly said to the President directly in the Oval Office. Ben is focused on defending the Republican Senate majority, and he’s not going to waste a single minute on tweets.”