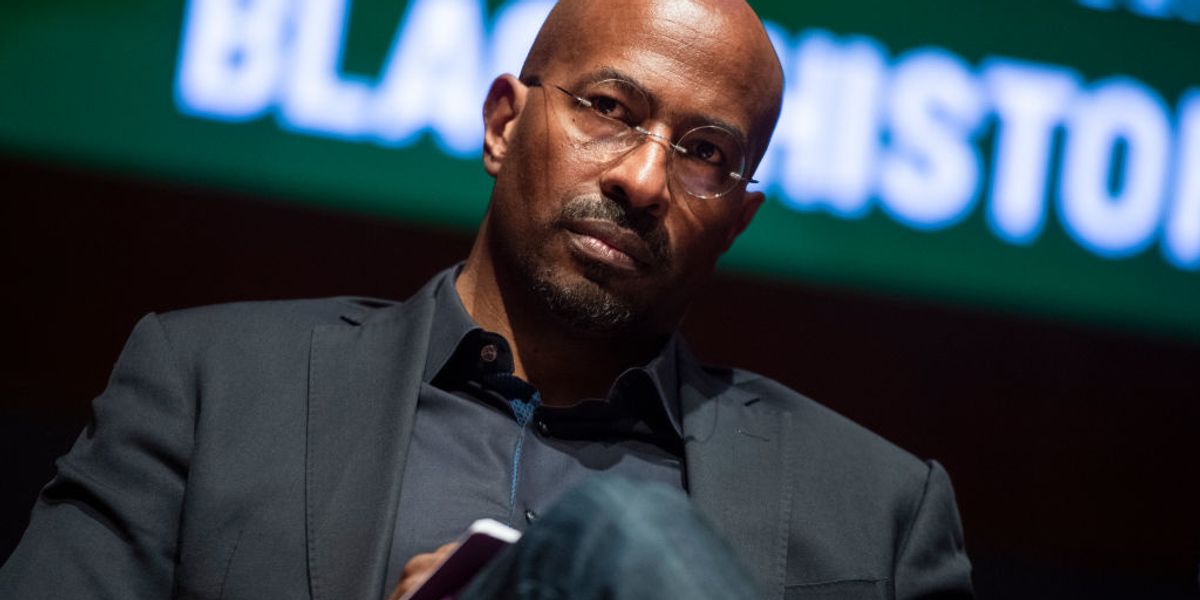 CNN commentator Van Jones applauded President Donald Trump for the work he has done for the black community. Liberals immediately turned on Jones, lashing out at the progressive pundit for giving Trump even the slightest acknowledgment that the president has attempted to help black Americans.

On Friday night, Jones appeared on CNN with host Jake Tapper. The panel was discussing the final presidential debate, specifically Trump’s comment that he’s “done more for the black community than any other president.”

“Donald Trump — and I get beat up by liberals every time I say this, but I’m gonna keep saying it — he has done good stuff for the black community,” Jones said on CNN. “Opportunity zone stuff, black college stuff. I worked with him on criminal justice stuff. I saw Donald Trump have African American people, formerly incarcerated, in the White House — embraced them, treated them well. There’s a side to Donald Trump that I think he does not get enough credit for.”

Former NFL Hall of Famer and Trump ally Herschel Walker posted the video clip with the caption: “Because @VanJones68 speaks the truth on @realDonaldTrump people get upset. The American people deserve the truth from the MSM!”

Because @VanJones68 speaks the truth on @realDonaldTrump people get upset. The American people deserve the truth fr… https://t.co/qVdOH1YCXs

Despite Jones being extremely critical of Trump for years on nearly every single subject, leftists were enraged that he gave Trump credit. The praise of Trump was swiftly met with condemnation of Jones, a former Obama White House adviser.

“Jeeesus why is Van Jones still talking about anything? What an embarrassment. @VanJones68,” an online commenter wrote.

“Every time I think Van Jones has turned a corner, he disappoints,” another Twitter user said.

“Van Jones is a SELL OUT, yeah I said it,” one person declared.

“Van Jones is a Trumper. At the end of the day, that’s who he is,” a commenter alleged.

Besides Jones, 50 Cent was also recently lambasted for showing support for Trump. The rapper’s ex-girlfriend, Chelsea Handler, blasted 50 Cent for saying he would vote for Trump because he was terrified of the high taxes he might have to pay if Joe Biden is elected.

“I had to remind him that he was a Black person, so he can’t vote for Donald Trump,” Handler told late-night TV host Jimmy Fallon. Many considered the comedian’s comments to be “racist.”

“When it comes to the black people you see showing support for Trump, I just think, you know, it’s because Trump is actually talking to young black male voters. He is directing ads toward them,” said Charlamagne Tha God, whose real name is Lenard Larry McKelvey.