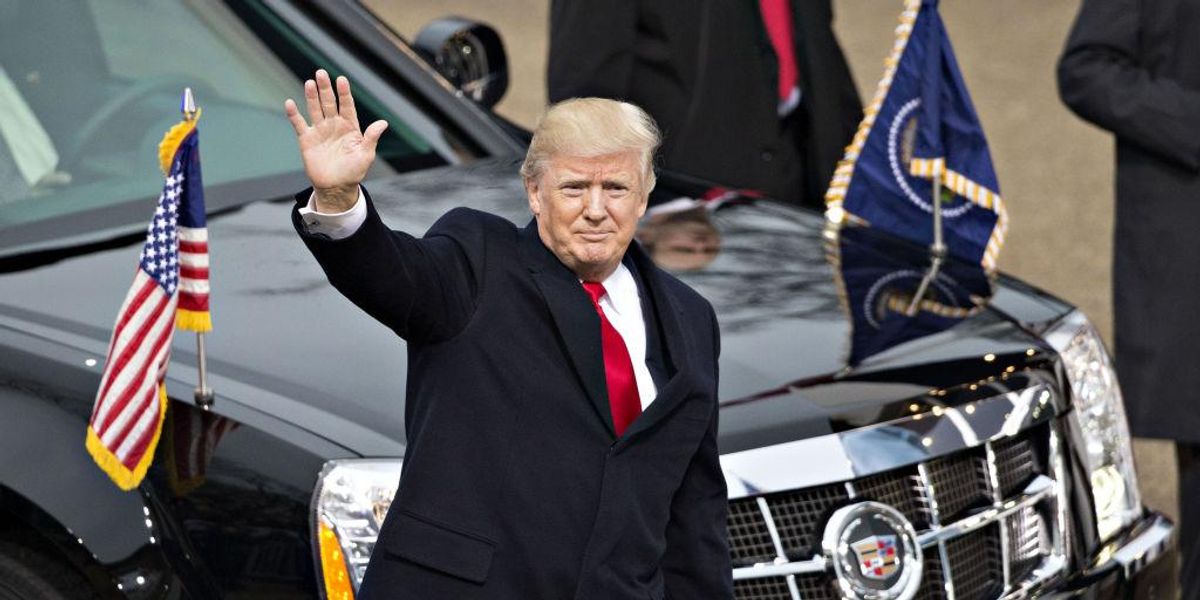 It’s become obvious over the past week that Republicans are uncontrollably desperate to rid themselves of Trump and disentangle their voters from his unflinching grip. They have been trying to do this for five years, but now they are willing to try anything and everything to accomplish their long-held goal. Unfortunately for them, they are ignoring the one way to actually get rid of Trump, opting instead for a tactic that will destroy themselves more directly than anything they have done until now.

The reason why voters are attached to Trump has nothing to do with Trump per se. It is rooted in what predated Trump. In fact, the very people who hate Trump the most today are the ones responsible for his rise.

The GOP has gone for three decades without representing any of the values or concerns of half the country. The more Republicans conspired with the left to destroy this country, the more radical the left became. The left has won so many fiscal and social fights without firing a shot that naturally it is proceeding immediately to the next step. In turn, the base voters became increasingly desperate for some sort of check and balance on the left’s increasingly successful transformation of this country. Trump co-opted the sentiment of the time in 2015, and GOP voters jumped aboard. If you throw Ted Cruz into the mix, over 70% of primary voters chose two candidates abhorred by the entire party ruling class.

The mistake all these Republicans made is that rather than putting Trump out of business by offering voters a better and more effective version of that alternative vision they were looking for, they opted to make Trump a martyr. Rather than attacking the left even more skillfully than Trump, they reminded the voters that they couldn’t care less for their concerns and only attacked the one man they perceived as at least speaking to their concerns.

Which brings us to this pivotal week. Republicans think they can get rid of Trump by impeaching and convicting him with a stipulation barring him from running for office again. But what that will do is terminate their own time in office, because they will lose 90% of their voters. They don’t realize that, ironically, Trump served as a cover for them. You read that right. Trump’s presence kept the base happier and at bay and, much to the chagrin of people like me, actually kept conservatives from primarying Republicans. In fact, Trump actually endorsed so many RINOs against conservative challengers that without his presence in the arena, base voters would have taken out their frustrations on those congressional Republicans. Now, Republicans are redirecting all the anger among the base that is represented by Trump and detonating it on themselves.

You know how they can get rid of Trump without committing suicide? They can ride out the next 10 days in silence and then use every lever of power to filibuster every legislation and every budget bill under the Biden administration.

They can pass election reform in all the states they control.

They can combat the sexual licentiousness movement at every turn.

They can declare the red states sanctuaries from COVID fascism, First Amendment violations, and federal overreach.

They can terminate all lockdowns and mask mandates in red states.

They can take all the states where they have supermajority control and turn those states into conservative versions of California.

They can tell the federal courts to butt out of state affairs now that they have shown themselves to be frauds by allowing blue states to violate the Constitution and election law.

They can serve as beacons of freedom and asylum for patriots disenchanted with the debased culture and an irremediably broken federal government.

Were they to do these things — were they to unite all of their state and federal leaders behind fighting for such an agenda in word and deed — Trump would not only be outshined by other candidates, he would lose his non-electoral appeal and sway over the base. Indeed, Trump would lose more clout than he would were he to be removed by the Senate, without becoming a martyr to his voters.

So why wouldn’t Republicans pursue this more auspicious path? Because the one thing they hate more than Trump is conservative values. They hate his voters more than the man himself. They would rather go to political hell while martyring Trump in the eyes of his voters than ascend to political heaven along with his voters while eliminating their supposed nemesis.

Unfortunately for them, there already is one Democrat Party, and there is no market for a second one. They will be the ones on the outside looking in.