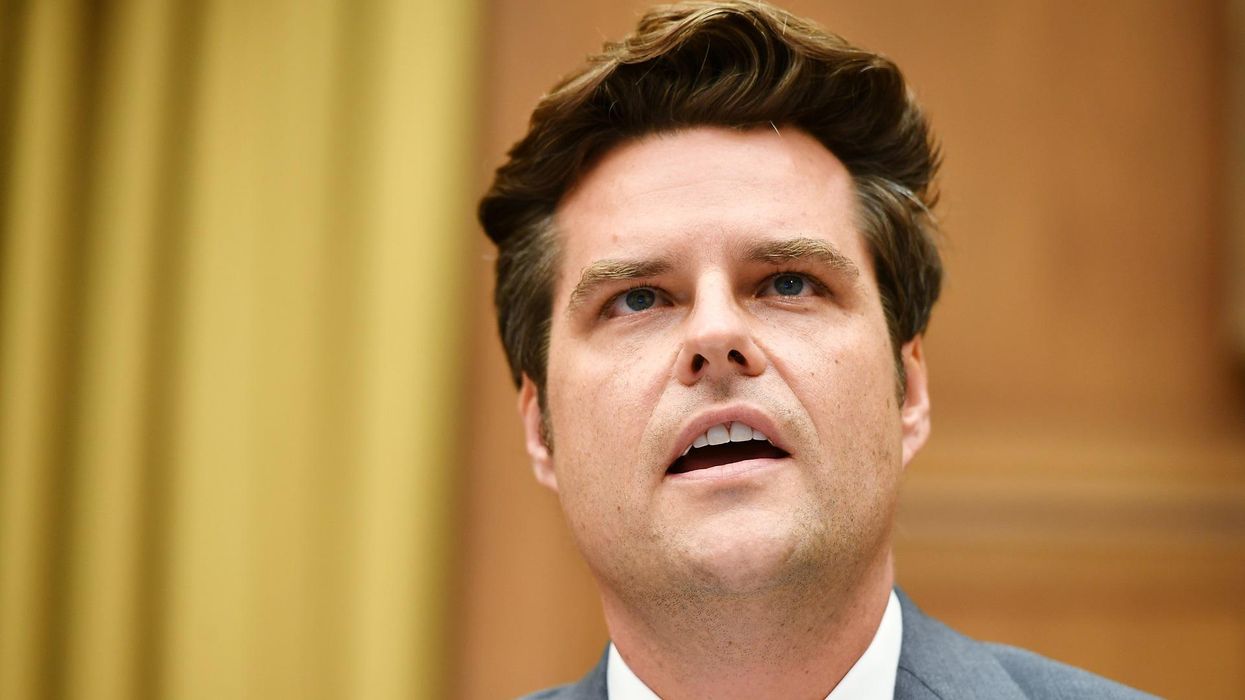 The House Committee on Ethics announced Friday it has launched an investigation into Rep. Matt Gaetz (R-Fla.) over claims stemming from the Department of Justice’s purported sexual misconduct probe of the lawmaker.

The same day, the office of the GOP firebrand confirmed that he has assembled a legal team to fight the “unfounded allegations” he is facing.

The Ethics Committee issued a statement saying, in part:

The Committee is aware of public allegations that Representative Matt Gaetz may have engaged in sexual misconduct and/or illicit drug use, shared inappropriate images or videos on the House floor, misused state identification records, converted campaign funds to person use, and/or accepted a bribe, improper gratuity, or impermissible gift, in violation of House Rules, laws, or other standards of conduct.

The statement added that “the Committee notes that the mere fact that it is investigating these allegations, and publicly disclosing its review, does not itself indicate that any violation has occurred, or reflect any judgment on behalf of the Committee.”

Gaetz has acknowledged that the DOJ is investigating him, but claims the probe was launched out of a criminal extortion plot led by a former DOJ official who sought $25 million from the congressman’s father.

The Florida Republican also wrote an op-ed earlier this week defending himself, saying that while he is “not a monk” he is “certainly not a criminal.” Gaetz did not mention the alleged extortion scheme in the piece.

After the DOJ probe made the news, further allegations against Gaetz surfaced, including a report from CNN claiming that he showed House colleagues nude photos and videos of females while bragging that he had slept with the women.

The New York Times also published a report claiming that the DOJ is focusing on Gaetz and indicted former Florida tax collector Joel Greenberg’s “involvement with multiple women who were recruited online for sex and received cash payments” from the men in exchange for drug-fueled hotel romps.

Greenberg, an ally of Gaetz’s, currently faces several felony charges including sex trafficking of a minor.

According to The Daily Beast, Venmo records show that Gaetz paid Greenberg a total of $900 one night in May of 2018, funds that were then passed along to three women — including an 18-year-old.

Gaetz has lost his legislative director and his communications director amid the scandal, but his office put out a statement Thursday from unnamed female aides in his office which read that “at no time has any one of us experienced or witnessed anything less than the utmost professionalism and respect,” adding that they “uniformly reject” the allegations against him “as false.”

The congressman’s office told Fox News on Friday that Gaetz had secured a legal team led by attorneys Marc Mukasey and Isabelle Kishner, who “will take the fight to those trying to smear his name with falsehoods.”