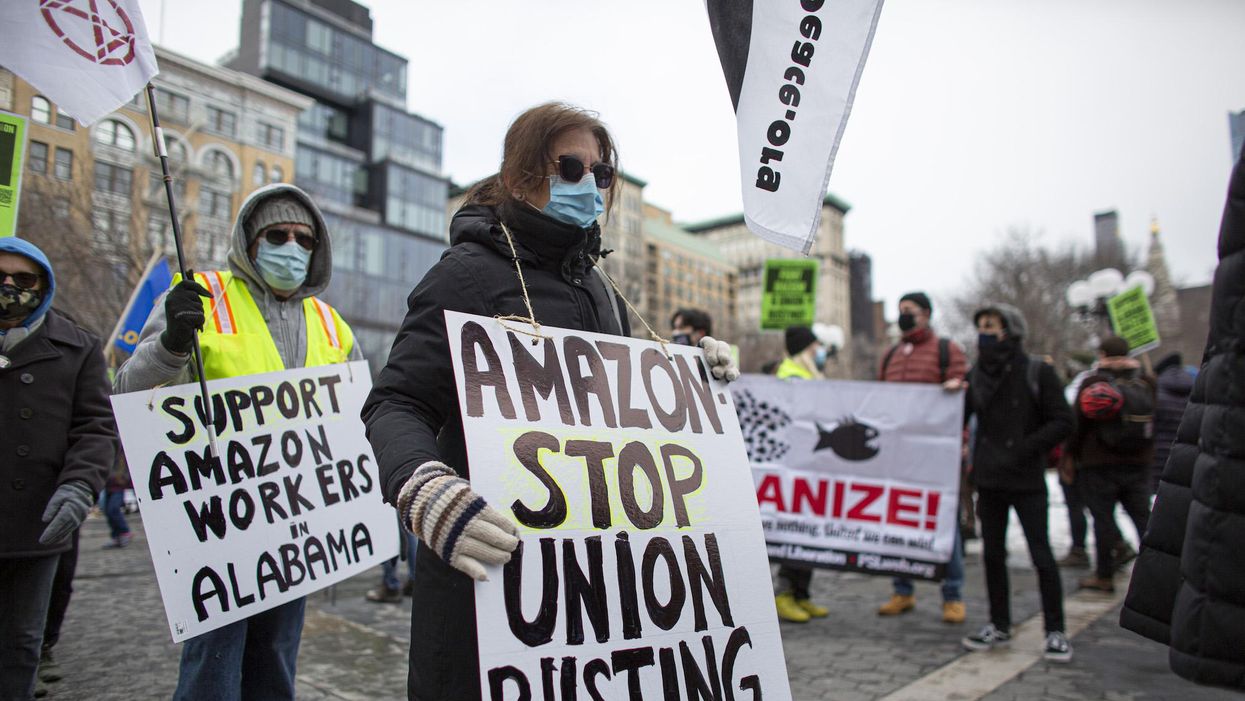 Pro-union forces were hoping to start a national tide of unionization with a victory at an Amazon factory in Bessemer, Alabama, but workers instead dealt a decisive blow to their campaign.

The vote to unionize the plant was halfway over on Thursday evening when pro-unionists were already admitting defeat and crying foul.

Stuart Appelbaum, the president of the Retail, Wholesale and Department Store Union (RWDSU), said that the organization would challenge the results to the National Labor Relations Board after accusations that Amazon intimidated workers through the use of a mailbox.

“Amazon worked very very hard to get a very strange mailbox installed on their property and insisted that people vote at that box,” said Appelbaum.

He also said that workers had a real fear of losing their jobs if they voted for the union.

Robert Reich, the economist for the former Clinton administration, was among those voices decrying the alleged unfairness.

“The company prevented its Bessemer, Alabama warehouse workers from forming a union. This was the most blatant and appalling anti-union blitz I’ve ever see in my 74 years on this earth.”

But others defended the vote and ridiculed those complaining about the election and blaming a mailbox for the loss.

“Nobody really believes this — although many will pretend to, and it may be sufficient to gain the RWDSU a sympathetic audience with the NLRB. It is patently absurd. It is conspiracy theory–level thinking,” wrote Charles Cooke at National Review.

“It is sore-loserism. It is pathetic,” he added. “The union lost this drive by two-to-one. It did not do so because one of the voting options included the use of a USPS mailbox.”

Amazon released a statement applauding their employees for refusing the union effort and denying any intimidation on their part.

It’s easy to predict the union will say that Amazon won this election because we intimidated employees, but that’s not true. Our employees heard far more anti-Amazon messages from the union, policymakers, and media outlets than they heard from us. And Amazon didn’t win—our employees made the choice to vote against joining a union.

Pro-union advocates are putting their hopes in President Joe Biden supporting passage of the Pro Act in Congress. The Pro Act is legislation aimed at greatly increasing the power of unions to force employees to join and fund their efforts.

Here’s more about the union loss in Alabama: