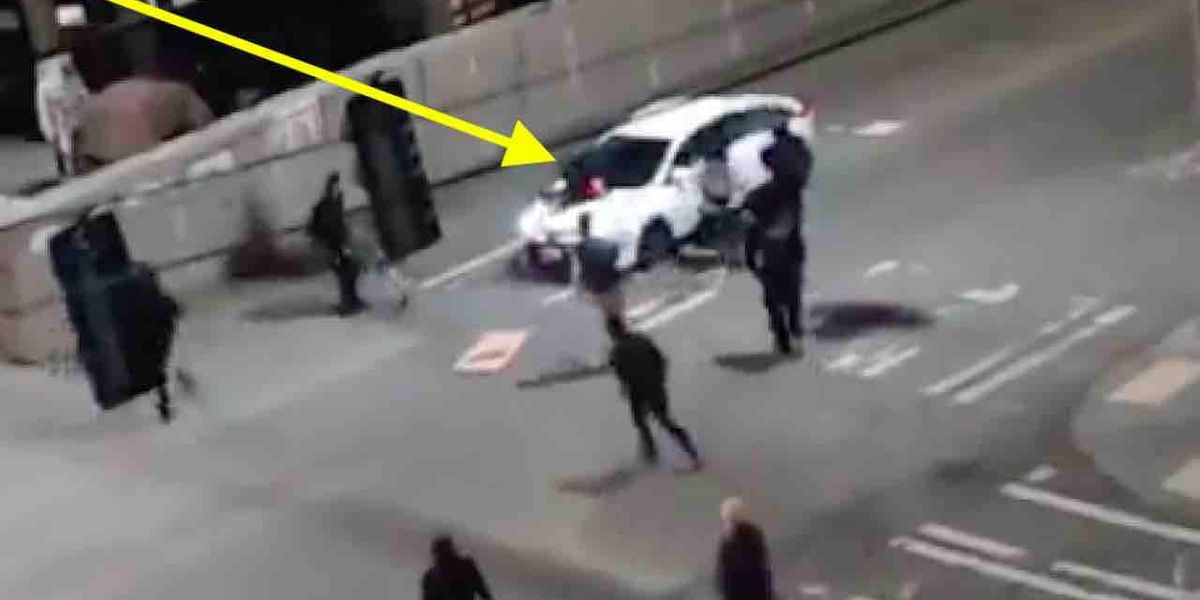 Left-wing militants posing as protesters are an eccentric bunch, to put it mildly.

Particularly when they assemble to block vehicle traffic on freeways and street-level intersections. To borrow a common phrase, they think they own the road.

Showing no apparent fear that they’ll be run over by motorists, their M.O. is to form a small army and stand in the way of moving vehicles — fully expecting motorists to stop.

And the strategy has pretty much worked. Drivers typically have been the first ones to blink, and depending on how much fear is involved, might even consider themselves lucky if they can make U-turns and escape with just a few dents and broken windows.

Yes, America — we have new kings and queens of the streets.

But not every driver dutifully bows at their throne.

Surveillance video caught the moment when a motorist came upon a group of about 20 black-clad Antifa militants forming a complete blockade of a Seattle intersection just before 11 p.m. Saturday night. 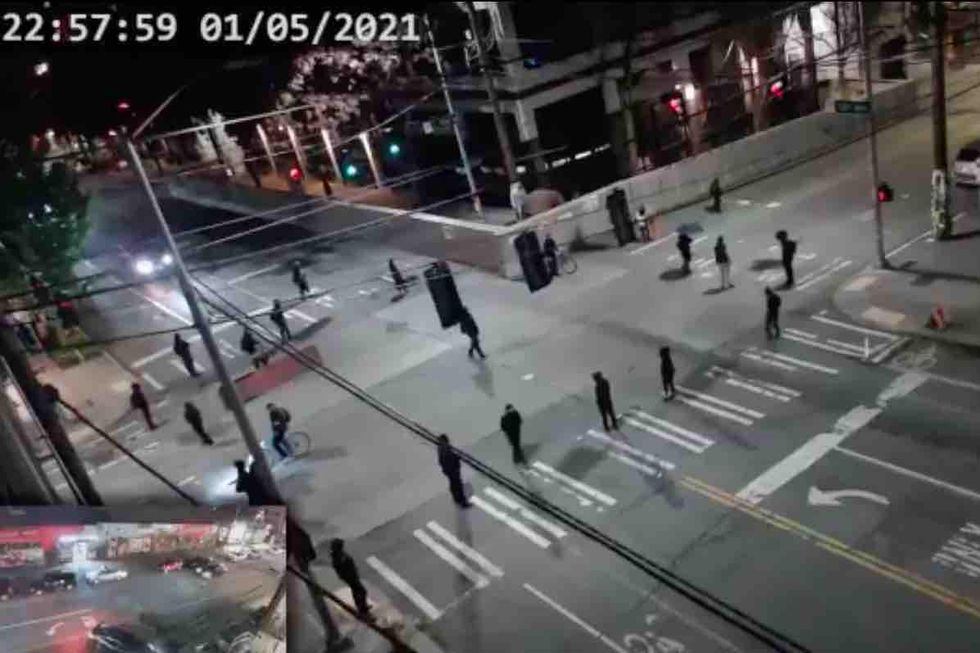 At the start of the clip, a couple of drivers, on cue, abandoned the idea of getting too close to the militants staring them down in the crosswalks and simply turned around to search for other routes. 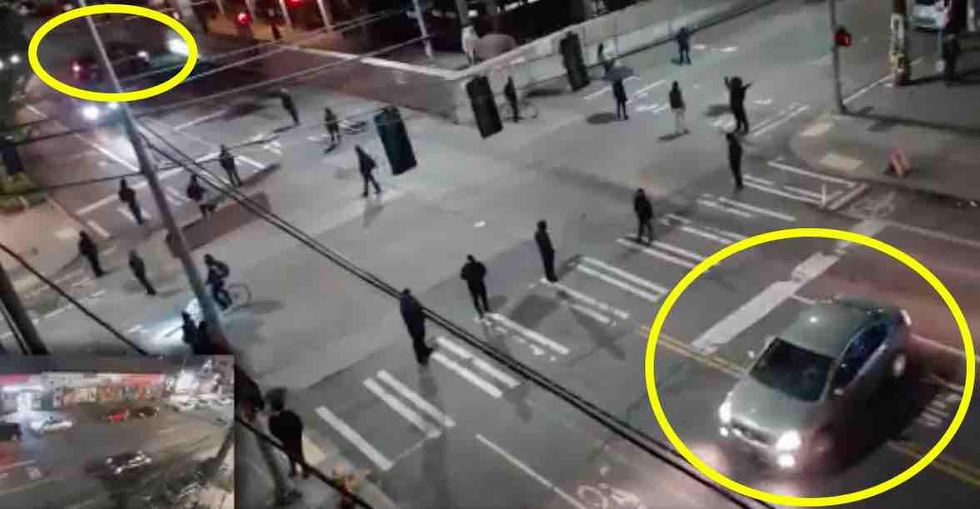 But one driver apparently was in no mood to capitulate.

Video shows the driver stopping about 50 feet from the intersection at the top right of the screen — and an Antifa militant waving what appears to be a flashlight at the car. 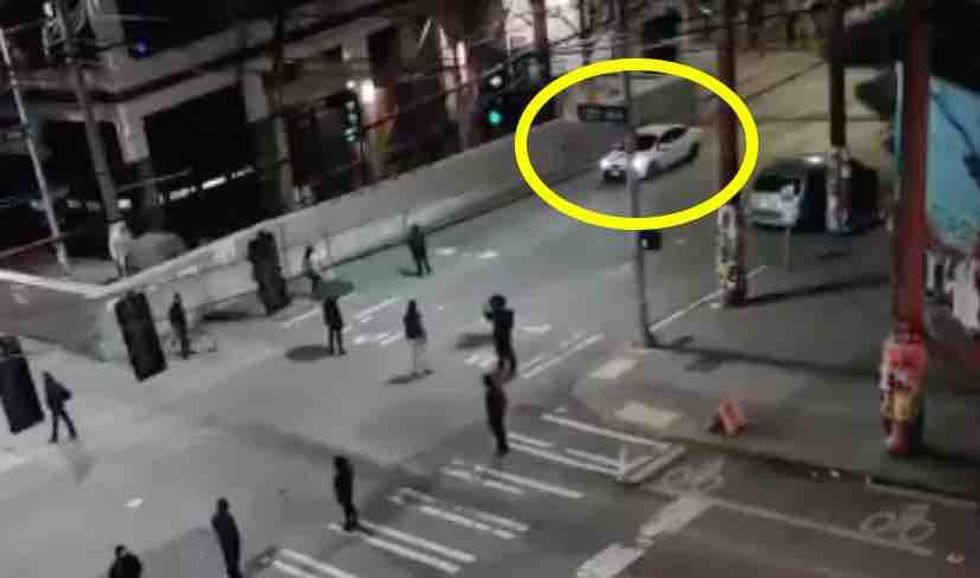 However, this particular driver chose not to turn around or sit idly by — and moved the vehicle forward. This irked Antifa a lot, and one comrade decided to show how irksome it was by jumping on the car’s hood. 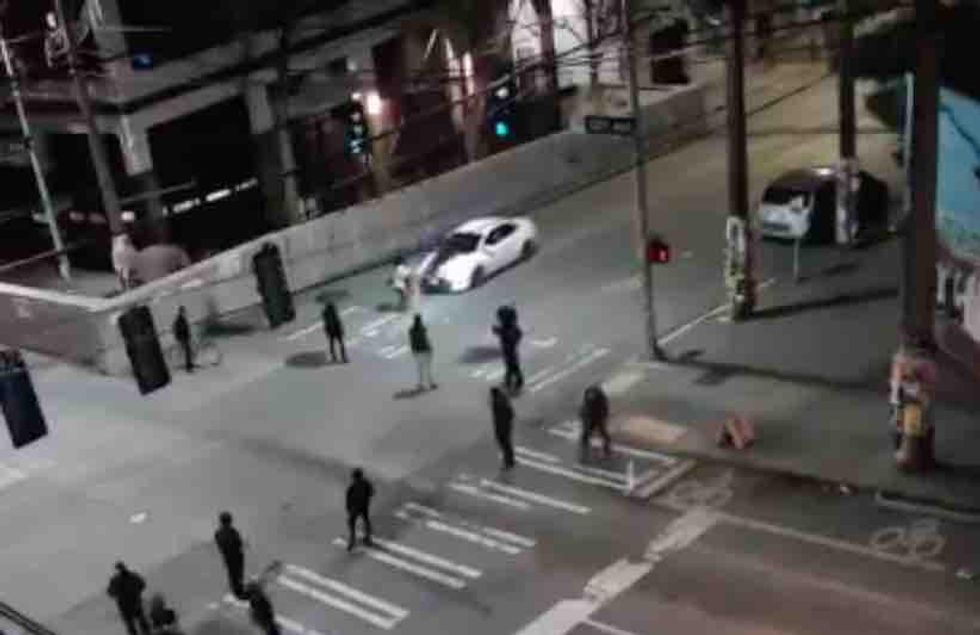 Yowsa. The Antifa faithful began running toward the vehicle, and the driver quickly hit reverse — with the militant still on the hood. 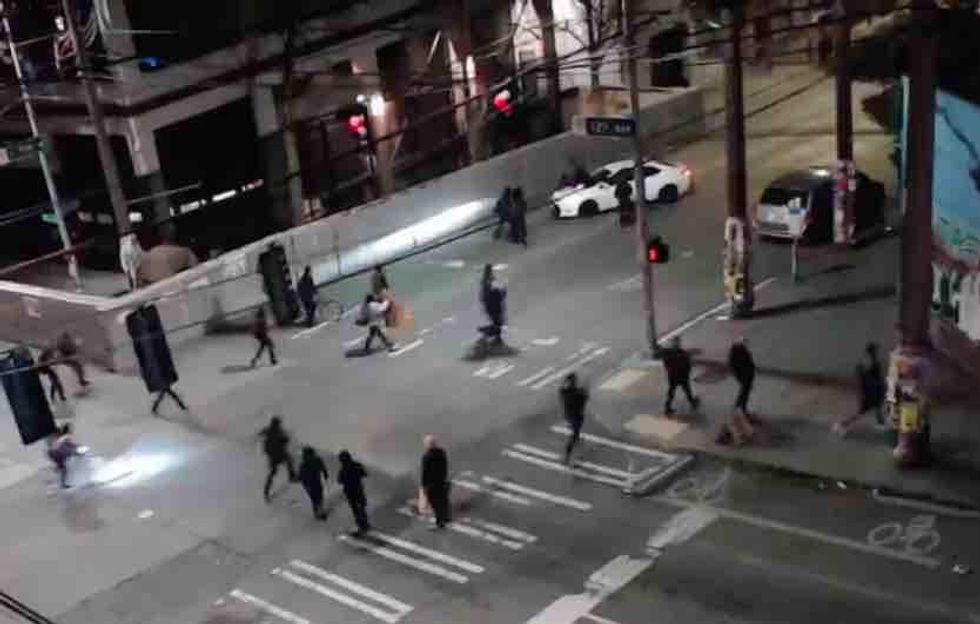 And perhaps deciding that it would be a better idea to get out immediately rather than watching his car get smashed to bits — or worse — the driver hit the gas and simply sped through the roach-like swarm.

With the Antifa stuntperson still atop the hood. 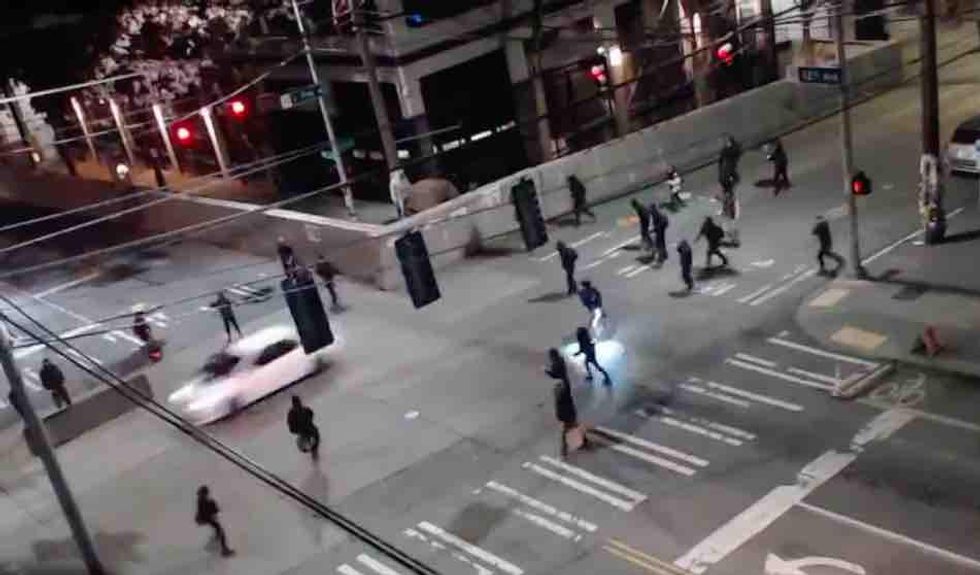 Seattle Antifa radicals try to stop traffic outside the East Precinct. A car tries to drive around it, they get in… https://t.co/ZqSVFa2iNi

Conservative commentator Jason Rantz of KTTH-AM tweeted that the driver — an elderly male — was the victim and released. But Rantz said the individual on the hood was arrested.

In a subsequent tweet, Rantz added that the suspect — a female — claimed minor injuries and was headed to a hospital but was not being booked.

Rantz added a “PSA” to his tweet thread: “You do not have the right to block traffic, jump on the hoods of cars, or otherwise interfere with the rights of drivers or pedestrians, even if you think you’re a freedom fighter or hero.”