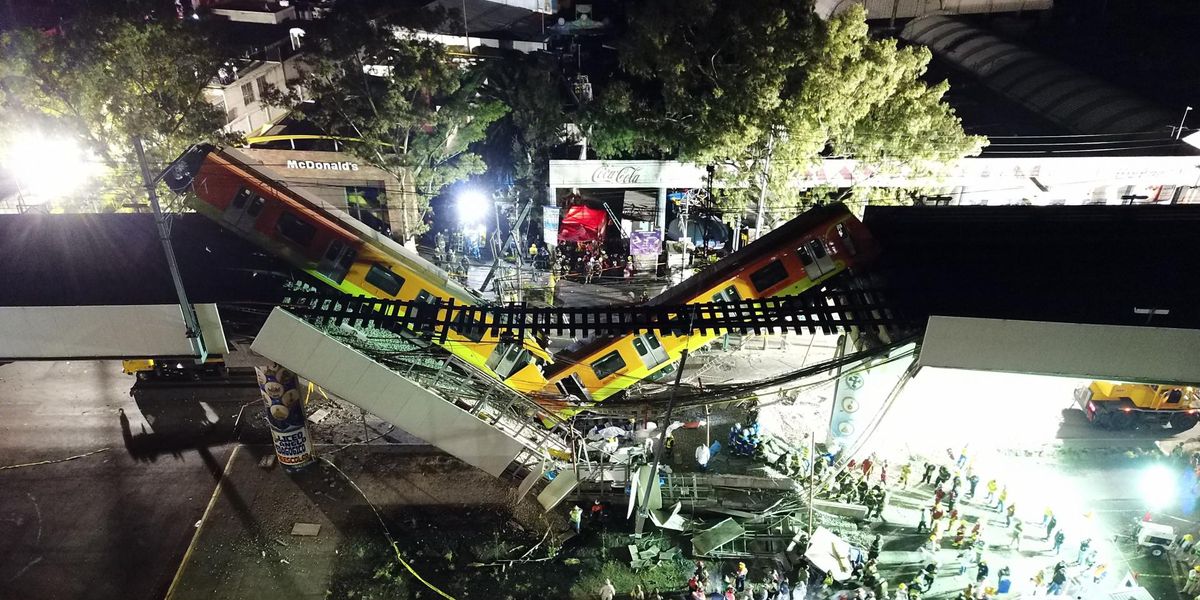 More than 60 people were injured in the deadly accident, according to a Tuesday report from NBC News.

Mexico City Mayor Claudia Sheinbaum told reporters at the scene that a support beam gave way just as a train passed over it, causing the deadly wreck.

According to the outlet, an eyewitness living near the scene of the Line 12 disaster told Telemundo that he heard a “screeching noise,” prompting him to rush outside.

“I even thought it was a car that had collided around here, but no, I came out and saw the scene,” he recalled.

Area resident Gisela del Ocaso said that she was still searching for her husband, Miguel Angel Espinosa Flores, who was on board the train when it plummeted to the ground.

“I don’t know what to do,” she told Telemundo. “We are desperate. I have two children.”

Sheinbaum vowed to get to the bottom of the crash and called for an investigation into the incident.

“If there’s a need for an external investigation, there will be one,” Sheinbaum said. “We will get to the truth, and we will get justice.”

Foreign Relations Secretary Marcelo Ebrard — who was Mexico City’s mayor in 2012 at the time Line 12 was built — said the accident needs to be investigated.

“What happened today in the metro is a terrible tragedy,” Ebrard said. “My solidarity with the victims and their families. Of course we need to investigate cause and determine responsibility. I reiterate to all authorities my complete willingness to contribute to everything necessary.”

CCTV footage captured the moment the overpass collapsed onto the busy street below, appearing to level cars and sending up clouds of dust and debris into the air.

From moments ago, the collapse of the elevated #Linea12 #MetroCDMX railway that crashed the subway. Many are blamin… https://t.co/O1ATwmaVql